A timeless destination for the whole family

DIRECTIONS
Take I-95 from the North or South and depart close to exit 6.
(Following the discontinuation of the underground tunnel, above-ground transit is the only means of access.)
This road is long and otherwise empty, but traffic congests in the summer season. Please look out for signs.
Many drivers report missing the turnoff!
Coordinates: 39.665°N 72.474°W

Located on the East Coast, met gently by the Atlantic, boasting sunny summers and mild winters, Port City is an old tourist town that boomed into a vacation destination in the 1960's due to the success of our incredible cornerstone, Roman Labs. Since the Space Race has slowed, and the Lab has shifted its focus to consumer electronics rather than rocket technology, Port City has carried on, basking in the success of its other unique merits.


Drawing in jobs and notoriety, the success of our own famous NASA affiliate during the Space Race lead to our charming and populous attractions, such as: the oceanographic institue and its aquarium, a thriving night life with trendsetting clubs and other venues, fantastic food and drink, boutiques, four and five star hotels, theatres and live music even on the beachfront promenade, and the stunning Neptune's Pier with its rides, arcades, and boardwalk full of family-friendly sights, sounds, and events. For the quieter sort, there are many smaller boardwalks that overlook the salt marshes and every hotel and motel in the area is equipped with pools and air conditioning for a night in without sacrificing the Port City experience. Whale watching, fishing, swimming at our pure sandy shores, taking the ferry out to the island, there is no shortage of entertainment for you and your family.


We are also special as a getaway due to our location! Although we don't currently benefit from a direct rail system, Port City can be accessed through an exit off one of our main interstate roadways, comfortably far from the bustle of the northern cities, and sits in a wonderful pocket of year-round warmth uncommon in the region. In addition to the beaches of our splendid coast, we have estuaries framed by lush greenery, and even mangroves, where local wildlife thrives. The marshy areas flood in the early spring, and outside of the occasional summer thunderstorm and even less frequent hurricane, all of which bolster the natural flora and fauna, Port City is a permanent retreat for those looking for peace and quiet and quaintness on their vacations.


For the locals, the economy of Port City is highly dependent on those crowds passing in and out, but chugs along regardless. The city and its boroughs are largely poorer, with pockets of suburban developments that house the very rich. The elite sect are those who own vacation homes, or who live there year-round and can afford to leave during the slightly harsher seasons, and/or maintain their home despite the effects of the weather. Some of these families work or previously worked at Roman Labs, own the bars and clubs or various businesses on the boardwalk, and a huge percentage have retired, while others may commute to larger cities for work. There are many ethnic and socioeconomic enclaves/neighborhoods reinforced historically by immigrants, including that of the charming Mulberry Town, those of the long-standing Latinx community, and those of the Bloc (a colloquial nickname for the area inhabited by families with diverse ties to the extant Soviet Union and its satellites.) Many of the oldest families from each of these neighbourhoods are widespread and regardless of the class, culture, or language barriers, tend to cross paths via the public education system and/or religious congregations. Port City is a complicated place to grow up, but can be a bastion for childhood imagination and freedom for those who can find it.

The Port City of the 1980s is ready to be recast in the midnight sun of the boardwalk's neon lights,
gearing up to be transformed, once again, into something new.

WELCOME TO PORT CITY, 198X! A PLACE OUT OF TIME

Our beautiful city! Visit the beach, experience the sights and sounds of Neptune's Pier, or take a tour of historical space-age landmarks! 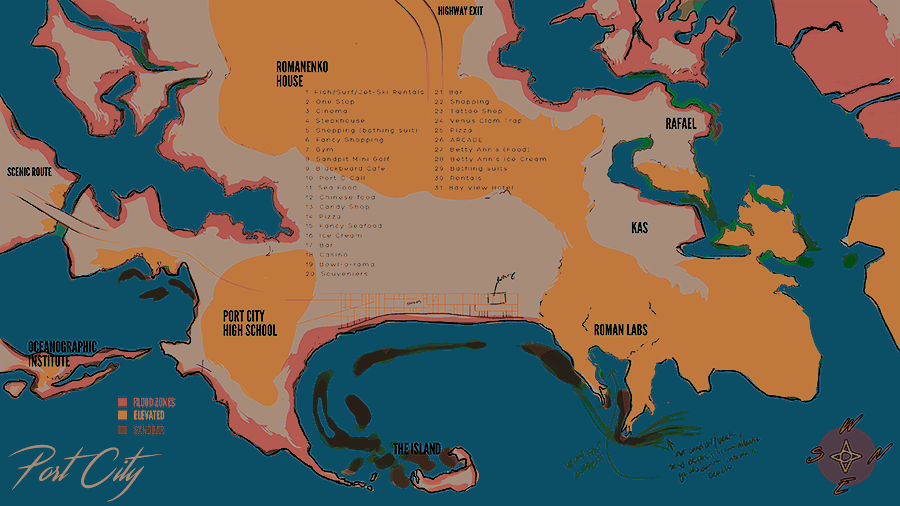 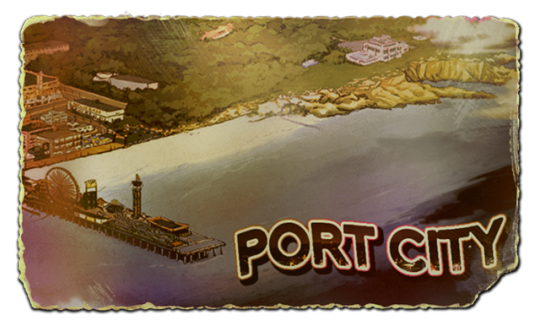 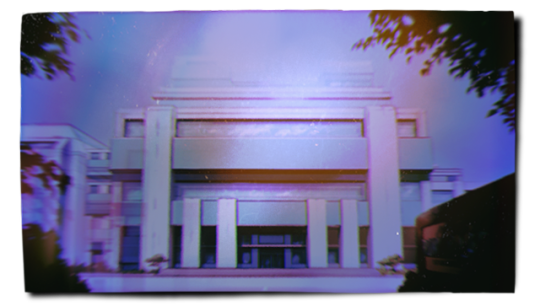 If you would like to tell us about your time in Port City, we'd love to hear from you!